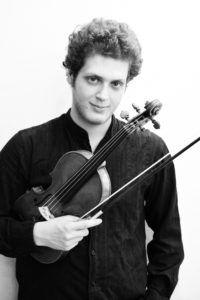 He recently founded the string trio Quia Musica and he currently teaches in music schools in Italy and Switzerland.